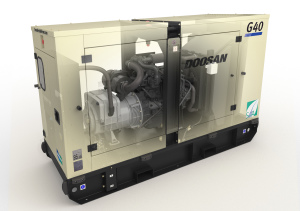 Sharing a similar design and characteristics to the two platforms G150-G200-IIIA and G80-G100-IIIA respectively launched in 2012 and 2013, the new generators are described by Doosan as offering robustness and reliability, high performance and a wide choice of features to meet the needs of temporary power applications.