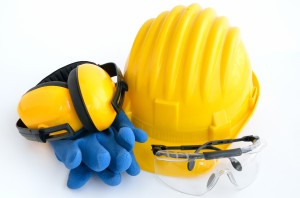 A sub-contracted plant operator had a narrow escape when the raised arms of his 20-tonne excavator hit the live power line as he drove up a slope on a Scottish Water site in Bathgate.

Barrhead civil engineering contractor George Leslie Ltd has been fined for serious safety failings after a Health and Safety Executive (HSE) probe found that the company should have done more to ensure the risk of contact with the overhead power line to personnel working on the site, particularly visiting workers, had been adequately controlled.

The contact sent an 11,000-volt current through the excavator, the overhead cable split and the live cable landed on the ground close by other workers. Had operator Raymond Harper made any efforts to leave the vehicle, he could have sustained serious or even fatal injury.

The incident, on 25 June 2011, happened on a site under the control of George Leslie Ltd, which was responsible for carrying out emergency ground works and repairs to water pipes.

Livingston Sheriff Court was told that Mr Harper had not been directed to the main site office where he would have received induction, and as a result he proceeded to operate on the site without having been made aware of any hazards, including the overhead power line.

The HSE investigation concluded that the company, as principal contractor, had:

The court was told that the company had previously been fined £25,000 after a prosecution in Feb 2004 relating to an incident where an employee was killed after falling from height.

George Leslie Ltd was fined £6,600 after pleading guilty to breaching Section 3(1) of the Health and Safety at Work etc Act 1974.

HSE Inspector Ritchie McCrae said, “This incident was entirely preventable and could easily have resulted in serious or fatal injuries. George Leslie Ltd was the principal contractor on site and, as such, had a duty of care to ensure the safety of all workers on site, including the sub-contrators. Regardless of the circumstances, there is no excuse for the inadequate level of planning and control which should have eliminated or controlled the risk of contact with an overhead power line and allowed the work to be completed safely.”