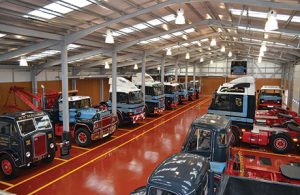 ORIGINATING over 90 years ago, in the 1920’s, The Malcolm Group started life with assets of just a single horse and cart.

A small family-run enterprise, its operation involved collecting coal from the nearby railway station, filling individual sacks in preparation for door-to-door deliveries in and around the local area.

The success the company has enjoyed since then is largely due to the hard work and business savvy of one man – Donald Malcolm – who inherited the coal-round business from his late father. With entrepreneurial foresight and prudent investment in vehicles, plant and depots, he is responsible for building the business to what we know today.

Currently run by Donald’s two sons Andrew and Walter, The Group is arguably one of the UK’s leading providers of third party logistics, construction and vehicle maintenance services with operations nationwide and it continues to grow and develop.

Donald Malcolm could be described as a legend in his own lifetime, a fact that has been acknowledged by many in the Scottish road haulage industry.

As a fitting tribute to this legend, The Donald Malcolm Heritage Centre was constructed within the Group’s Linwood complex, just a stone’s throw from The Group’s current headquarters. Appropriately, the building itself was reconstructed using materials from an original shed dismantled at the company’s old headquarters.

The Heritage Centre houses a range of vehicles telling the Malcolm story from days gone by through to present, capturing the very heritage of the company. Vehicles on display are all pristine condition working trucks of yesteryear, which still attend the annual Truckfest shows in both Peterborough and Ingliston.

In addition, a raised mezzanine floor overlooking the classic vehicle display offers a unique venue for Board or Committee Meetings for organisations with an interest in vehicles or road haulage.

Although not open to the general public, visits can be organised by prior appointment and since opening, the Group has welcomed guests from all over including local businesses, car clubs, truck enthusiasts and schools, the latter of whom have scheduled their visits as part of the curriculum coinciding with transport related projects.

Recently, the Heritage Centre was given a face-lift with the addition of a company timeline around the inside wall of the ground floor providing an interesting backdrop to the impressive display.  The bespoke printed vinyl wallpaper depicts the Group’s history, from its formation to present day, telling the remarkable story and illustrating how Donald brought the company to where it is now.

In print, the timeline clearly shows the progression of operations from decade to decade. In 1930, Malcolm entered the mechanised road transport age and through the 40’s, 50’s, 60’s and 70’s went onto operating tippers, loading equipment, earthmoving machines, erecting a full-service garage, developing Malcolm Plant Ltd and the very early beginnings of a waste and recycling concern.

The Malcolm Rail service is the latest of the Group’s operations and provides reliable daily and overnight transit between various locations, which benefits a wide range of users and provides crucial links between ports, production facilities and distribution terminals.

Inspired by the civil engineers of the 1960’s, who sought the full package from contractors, the present Malcolm Construction Division provides comprehensive civil engineering and groundwork services in and around the West of Scotland.

The wealth of knowledge and experience that has been acquired over the years has put them in a unique position to offer end-to-end solutions using in-house tipper, plant, quarrying and recycling resources.

Completing the Malcolm Group of today is the Malcolm Maintenance Division, which provide a full range of third party vehicle maintenance and servicing.

Recently gaining VOSA approval, the maintenance team are authorised to MOT and inspect vehicles, which is carried out from a purpose-built centre next to the Group’s Head Office in Linwood, Renfrewshire (Scotland). As mentioned, the Group has enjoyed much success over the years and it’s apparent, that in comparison to the Group’s current operations, the Donald Malcolm Heritage Centre is just one small unit amongst the larger Malcolm Empire. However, it is a fitting memorial to a very influential man, who unwittingly ensured this success, leading by example on smart, forward-thinking business decisions and a personalised hands-on management approach, which remains part of the company’s ethos today. 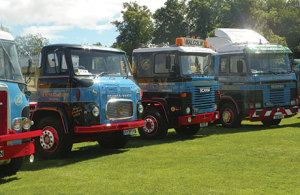