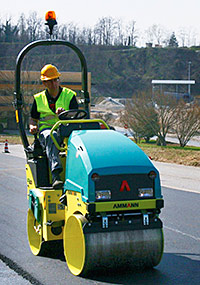 NESS Plant has been appointed as a Scottish dealer for Ammann and Yanmar Equipment.

Peter Barfield, Key Account Manager for A & Y Equipment Ltd, says the addition of the Brechin-based firm should strengthen their business north of the border.
He said, “I started with the business in November last year. At the time the coverage in Scotland and the north of England was almost non-existent.
“My first job was to put a structure in place. We had one dealer, Chris Knight Plant Sales, who works from premises east of Inverness, but no one in the central belt. We needed to look at the rest of Scotland.
“Ness Plant became available so I dropped them an email, saying we were looking for a Scottish dealer. They came to see us and it was obvious they were a great fit.
“They have a depot at Kinross with a showroom, service and parts centre. It’s a very professional set up with good service engineers and three sales guys. We also have TDL on board covering the borders so things are looking good.”
Peter is optimistic about both the short and long-term prospects for the plant industry, though he concedes margins are still not what they could be throughout the sector.
“The industry is good at the moment,” he added. “There is a shortage of kit, but the margins do not reflect this. 85% of our kit currently goes to the rental industry. We need rates to go up which will then help manufactures.
“The frustration as a manufacturer is that we should be starting to get margins back up but there’s still that apprehension from some people to invest.
“I’ve been in the industry since 1977 and witnessed two previous crashes. They only lasted for a year. The 2008 crash hurt a lot and many people are still very wary.”
Peter believes the plant industry should be doing more to promote itself and focus on the many great things happening in the sector.
“As an industry we struggle to talk it up,” he added.
“Let’s talk about the good side. There’s some fantastic kit, cleaner engines, improvements in health and safety – operators have never had it so good.
“This is a great industry with great people.
“There’s a lot of work going on in Scotland at the moment. The road structure is very good and there are some huge projects like the Aberdeen bypass.
“I’ve got high hopes for Ness Plant. We’re not going to tell them how to run their business. We aim to work with them and help them. We will work together and make it a partnership.” 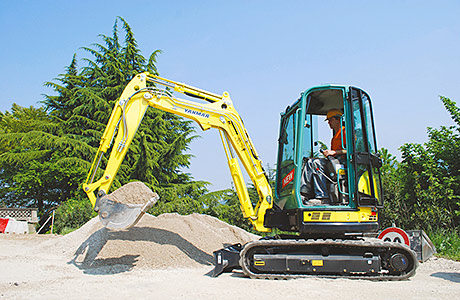