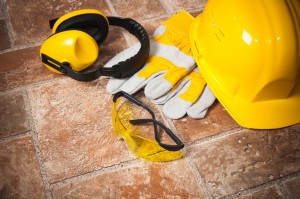 A Glasgow-based company has pled guilty to a breach of the Health and Safety at Work Act which resulted in the death of an employee at the Annick Water Viaduct, Stewarton, Ayrshire, in 2010.

Between late March and mid April of 2010 employees of the company were working to cap and grout strengthening rods which had been inserted across the arches of the Annick Water Viaduct. This involved work at height using mobile elevated work platforms (‘MEWPs’) positioned on concrete plinths which had been built to create level working surfaces. Despite the fact that all of the plinths were built on sloping ground with the front ends of some of the plinths significantly higher than the immediately adjacent ground none of them were built with any end stops or edge protection.

On 13 April 2010, Mr Leslie Watson, an employee of SW Global Resourcing, was working from the basket of a MEWP positioned at a height of approximately 13 metres (42 feet). The plinth that the MEWP was positioned on had been built with no end stop or edge protection to remove the risk of the MEWP falling from it. The MEWP drove off the edge of the concrete plinth and overturned, throwing Mr Watson from its basket against a column of the Viaduct and from there to the shallow river bed. He died at the scene as a result of his injuries.

The case was investigated by the Office of Rail Regulation (ORR) with assistance from the Health and Safety Executive. The investigating authorities found that no suitable and sufficient risk assessment had been carried out for the task and the system of work was unsafe. The accident could have been avoided had reasonably practicable precautions, in particular the use of edge protection, been taken.

Ian Prosser, ORR Director of Railway Safety, said, “Our thoughts are with Mr Watson’s family and all those affected by this tragic and avoidable incident at this difficult time. SW Global Resourcing has a duty to all its employees to ensure their safety when working on our railways and on this occasion we found unacceptable failings.

“Safety of those working and travelling on the railways will always be ORR’s number one priority and where failings are found the regulator will not hesitate to take action.”