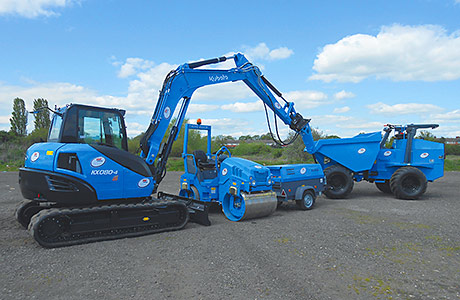 A number of GAP Group’s suppliers have painted a selection of their plant sapphire blue in recognition of the firm’s 45th anniversary.

The national equipment hirer has come a long way since Gordon Anderson opened the first depot in Linwood, next to Glasgow Airport.
GAP has grown from strength to strength since its establishment in 1969, and now operates from almost 100 locations across the UK.
2013/14 revenues are expected to be up around 20% from £98 million last year.
Ken Stewart, Group Procurement Manager at GAP, said, “I approached key suppliers for their support to help us celebrate our 45th anniversary by producing bespoke pieces of sapphire painted plant and each of them was keen to participate.
“The appropriate RAL paint code was identified and provided to our suppliers.
“The equipment was taken from our production schedules and basically painted “off-line” without causing too much disruption and was delivered in time for display at our annual conference.
“We now have a small collection of this unique plant that will tour the country during 2014.”
A Kubota KX080-4 excavator, Terex TA9 dumper, Bomag HD12 VV Roller, Atlas Copco XAS-47 DDG Compressor and Rammer BR777 Pecker will be travelling to construction sites across the UK. 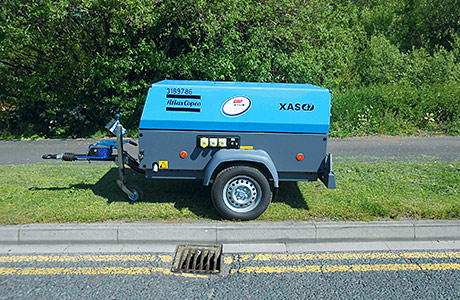