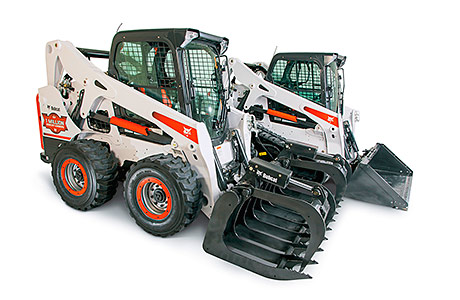 Based around the firm’s S650 skid-steer and T650 compact loader models, the models feature special paint and decaling schemes and incorporate additional features not found on other Bobcat machines.
For the company that created the compact plant industry in 1958 with the development of the original three-wheeled Keller loader, the predecessor of the Bobcat skid-steer loader, this milestone achievement has followed on rapidly after the production of the 500,000th and 750,000th Bobcat loaders in 2001 and 2008, respectively.
Martin Knoetgen, President of Doosan Construction Equipment EMEA, said, “It took Bobcat 43 years to produce the company’s 500,000th compact loader, but it has taken just 11 years more to add the second half million loaders.
“One million loaders is a very important milestone for Bobcat, representing many things including more than 50 years of leadership, commitment and innovation at the head of the compact equipment industry. Producing our one millionth loader sends a message that Bobcat has been No 1 in the market for over 50 years and that we plan to stay there for the next 50 years and more.”