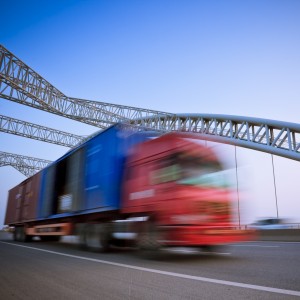 THE British Aggregates Association has asked the Department for Transport to postpone a new EU directive before lives are lost.

The Large Goods Vehicle Driver Certificate of Competence, DCPC, becomes a legal requirement in the UK on 10 September 2014 despite eight other EU countries choosing to delay it until September 2016. Lorry drivers who do not have the certificate face losing their jobs even although they hold a full LGV licence.

BAA Director Robert Durward said, “In addition to making the current acute shortage of HGV drivers even worse, the exodus of experienced personnel will have an inevitable impact on road safety.  Operators will either have to use less experienced drivers, if they can find them, or have their trucks stand idle.”

HGV drivers are already in very short supply. The number of registered licensed drivers has been falling for the past three years by over 10,000 each year. There are currently about 900,000 licensed drivers for half a million heavy goods vehicles but only half of them have a CPC.  It requires a ratio of at least two drivers per truck to keep the wheels turning to cope with the EU Working Time Directive, holidays and illness.

By 10 September 2014 all drivers must have completed five seven-hour classroom based modules to qualify for a DCPC.  However, only half have done so and a large number of older drivers are to leave the industry instead.  One fifth of all HGV drivers are over the age of 56 years.

Robert Durward added, “This episode is a classic case of economic damage, and possibly even loss of life, being caused by superfluous and badly designed legislation.  We all support, and indeed provide, appropriate training but this is a joke.  Drivers, some with over forty years’ experience, will not tolerate being treated like errant school children and will find work elsewhere or retire.”

The Association has written to Patrick McLoughlin MP, Secretary of State for Transport asking for an immediate postponement and a full review of the scheme.