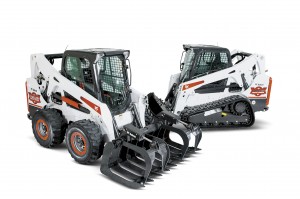 CELEBRATIONS to mark production of Bobcat’s one millionth compact loader are underway.

For the company that created the compact plant industry in 1958 with the development of the original three-wheeled Keller loader, the predecessor of the Bobcat skid-steer loader, this is an incredible achievement that has followed on very rapidly after the production of the 500,000th and 750,000th Bobcat loaders in 2001 and 2008 respectively.

Martin Knoetgen, President of Doosan Construction Equipment EMEA, said, “It took Bobcat 43 years to produce the company‘s 500,000th compact loader, but it has taken just 11 years more for the company to add the second half million loaders.

“One million loaders is a very important milestone for Bobcat, representing many things including more than 50 years of leadership, commitment and innovation at the head of the compact equipment industry, which is encapsulated in every Bobcat product sold today.”

To celebrate the landmark, Bobcat is offering new Special Edition Millionth Loader machines, based around the company’s successful S650 skid-steer and T650 compact loader models. As well as special paint and decaling schemes, the Special Edition Loaders incorporate additional features that are not found on other Bobcat machines and are available in limited quantities from Bobcat authorised dealers throughout EMEA during 2014. Bobcat dealers will also be holding celebratory events in their areas and will be selling special celebration merchandise, including a collectable limited-edition loader scale model to commemorate the achievement.

Among the extra features on the Special Edition Loaders are Millionth Loader machine decaling; a black diamond plate on the lower rear uprights; cushion lift cylinders; a two tone air ride Millionth Loader Seat; a two-tone interior; a ‘1 Millionth Bobcat Loaders’ logo on the start-up screen on the control panel and a new intermittent wiper system.