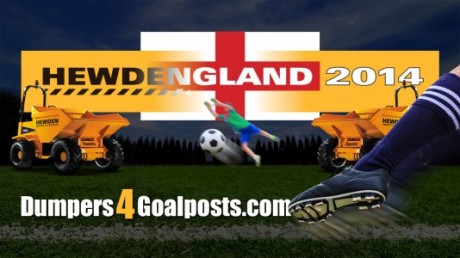 With the World Cup starting this week, national plant hire specialist, Hewden has made every man’s dream a reality by transforming a standard builder’s cabin into the ultimate sanctuary for any football loving bloke.

Unlike normal units found on construction sites, with muddy boots and mugs of tea, the Man Cave features a super-sized TV, leather sofas, surround sound audio and a mini-bar stocked with beer.

Stretching 8.5m long and featuring a custom designed footy themed exterior, the Man Cave will be given away to three lucky England fans one per group game. Whether it’s parked outside your house, outside the office or down the local pub, guests can just kick back, put their feet up and enjoy England take on the rest of the world in Brazil.

Jeff Schofield, Marketing Director at Hewden said: “If you can’t make it to Brazil, the atmosphere inside the Man Cave is going to be the next best thing. Whoever gets their hands on it is going to be pretty popular with their mates; we just hope they remember to go home after the game.”

England stars past and present have also come together to provide a 360 virtual tour of the Man Cave, which can be viewed here.

To get your hands on The Man Cave, register on Hewden’s dedicated football hub www.dumpers4goalposts.com which features the latest news views and highlights from Brazil.