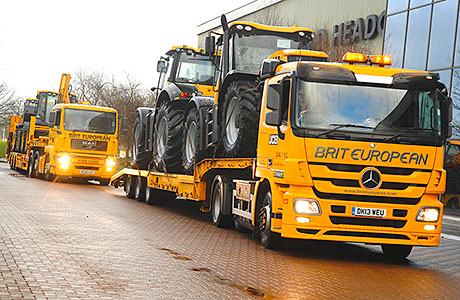 JCB reacted to the recent national flood disaster by deploying a £750,000 fleet of machines to help stricken families.

The company despatched four of its high-speed, high ground clearance Fastrac tractors equipped with trailers and two of its backhoe loaders to the worst affected areas.
The Fastrac tractors were deployed in areas where people and livestock need moving from advancing flood waters. The backhoe, with its ability to both load and dig, played a vital role in shoring up flood defences and clearing debris.
JCB also supplied a 541-70 Loadall telehandler to support farmers who were left without feed and bedding for livestock evacuated to dry land from flood hit areas.
JCB Chairman Lord Bamford said, “The scale of the floods and the anguish being caused is devastating for all concerned. As Britain’s biggest manufacturer of construction equipment we are in a position to provide machinery quickly to help families and farmers who are suffering so dreadfully.”