Dump trucks from Terex have been chosen as the work horses of a regeneration project in Glasgow’s east end, being undertaken by Malcolm Construction 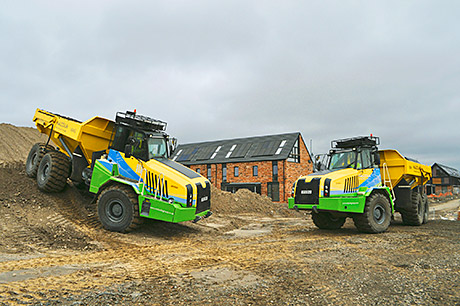 A large regeneration project in Glasgow’s east end is to employ two new Terex® TA300 articulated trucks. The trucks have been purchased by Malcolm Construction to help with construction work on the site.

Both trucks are painted in The Malcolm Group’s unique livery and will be added to the company’s already sizeable fleet of more than 200 machines.
According to Darren Gilmour, General Manager at Malcolm Construction, most projects – including the site where the TA300 trucks are currently working – now have a cut and fill balance to avoid the need for landfill. “Where muck has to go distances in excess of 200 metres within sites we prefer to utilise dump trucks as this provides speed and efficiency to meet program and cost implications.
“For example, the trucks on site in the east end of Glasgow are moving clay-type materials from cut areas of the job approximately 200-300 metres away. We chose to use the TA300 truck on this project because previous experience has shown us that its robustness makes it one of the market leaders.” 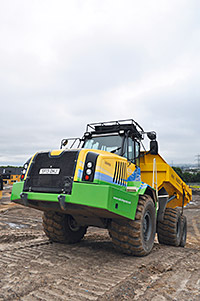 Talking about the purchase of the trucks, Andrew Malcolm, CEO of The Malcolm Group, said: “We originally reached out to three truck manufacturers. In the end, we chose Terex because we have had a successful relationship for many years with the Motherwell factory and its UK distributor, TDL Equipment.
The customer support and parts back-up we receive is second-to-none and the trucks are reliable and fuel-efficient, which are vital components when you’re running successful projects on budget.”
Kenny Price, Sales Manager at TDL Equipment, said: “The Malcolm Group is one of the leading providers in logistics, construction and maintenance services throughout the UK, so we are delighted to continue our relationship with them.
“The new TA300 trucks should provide a reduction in operating costs versus the outgoing TA30 trucks while maintaining the performance advantages the Terex trucks are known for.
“TDL’s service support team always works closely with Malcolm’s plant engineers and the local factory, ensuring any issues are resolved promptly and any customer feedback is acted on by Terex.
“Everyone who works alongside Malcolm Construction knows that it operates a fuel efficient fleet that is reliable and helps deliver projects on time and on budget. We’re pleased that the Terex trucks meet their high standards in this regard,” said Price. 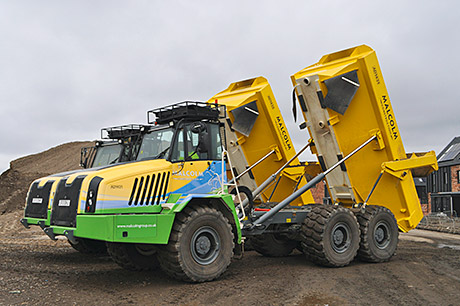