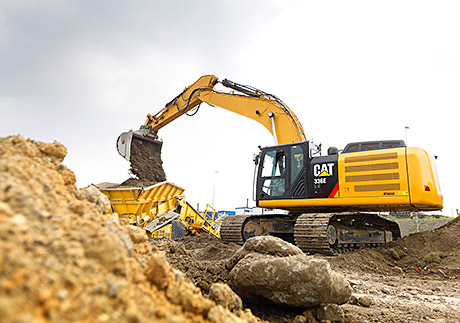 WEST of Scotland based William Thompson & Son will be the first in the UK to deploy the Cat 336EL hybrid excavator, which will be put to work in its main quarry, where it is expected to save the company approximately £70,000 on fuel costs alone across five years of machine ownership.

Commenting on the deal, Alistair Murdoch from Finning said: “When we originally approached William Thompson & Son we quoted a Cat 336EL Excavator as a direct replacement against a competitor. The customer currently runs a Cat 336DL, so we were able to comprehensively review a number of different factors, including fuel usage, and this led us to change our original proposal to the Cat 336EL hybrid excavator.
“William Thompson & Son was initially taken aback by the additional £25,000 that it would pay for the machine. However, once we showed our calculations – that the hybrid engine would save the business around £70,000 in fuel costs over five years of ownership – the benefits were quickly apparent. The customer is confident that this hybrid solution will not just save them money, but also improve productivity at the quarry.” 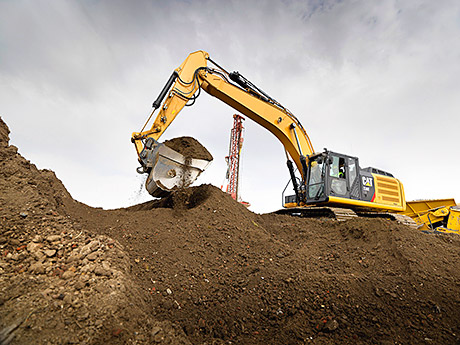 The Cat 336EL Hybrid will use up to 25 percent less fuel compared to a standard Cat 336E, and up to 33 percent less fuel than the Cat 330D or 336D. Factoring in the current high costs of fuel, Finning believes that customers can realistically expect to see a return on their investment in two years.
Alistair continued: “The new Cat 336E LH is a market leader in terms of delivering improved fuel economy without sacrificing performance. Since fuel is one of the most significant costs for our customers in general, quarrying and heavy construction applications, we know that this machine can directly improve their bottom lines.”